The open licensing model and the reorganization of the creative industry

The open licensing model and the reorganization of the creative industry

Aim of the project This project centres on the changes within the creative industry caused by the broad popularization of open licensing models. The proposed research concentrates on the Creative Commons framework, popularized by creators, publishers and public institutions. The framework facilitates access to cultural goods such as music and visual material by specifying the rules of usage. Open licenses pose an alternative to classical copyright protection and their popularity shows their significance in the current functioning of culture; according to estimations in 2015 there have been over 1.1 billion works licensed under the framework, which have been accessed over 136 billion times (Creative Commons, 2015). So far, scientific research has mainly revolved around open licenses’ function as a counterbalance to dominating corporations and major music labels. Current research has produced only divergent analyses of shifts occurring in the organization process of cultural production, caused by the open licensing model. The thesis of the project is based on the claim that open licensing fulfills a dual function: it proposes an alternative approach to intellectual property protection, playing an important role in resisting current copyright practice, while, at the same time, enabling new models of collaborative organisation within the creative industry. Even though the literature recognizes the first argument, interpreting open licensing model as a resistance against commodification of art and a political movement, the function of open licensing in the process of production and innovation is almost nonexistent. The project has as its goal to research the functions of the Creative Commons within three aspects of organizational production process, which were identified during the pilot study: (1) creators, (2) objects, and (3) the role and importance of rights of usage.

Expected impact Describing and researching the changes within these three spheres will allow to identify the key mechanisms of the reorganization of the creative industry. 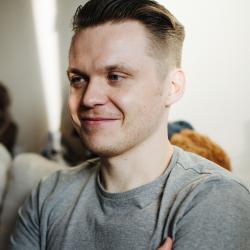