Cultural Factors and Social Trust: Impact on Banks and Lending

Cultural Factors and Social Trust: Impact on Banks and Lending

This research project aims to provide comprehensive evidence concerning the influence of cultural factors in the sphere of finance. To gain such macro-level insight, we plan to adopt three research perspectives.

First, we investigate the relevance of culture in an international context by analyzing how culture makes depositors more or less suspicious of the financial standing of banks; thus we will understand the extent to which cultural factors influence the stability of the banking sector.

Second, we examine the transmission of cross-country cultural differences into local economies by studying how foreign-owned banks’ willingness to finance firms, especially small and medium-sized entities (SMEs), is affected by the culture predominant in the countries of origin of these foreign banks.

Third, we evaluate the relevance of cultural values of local societies by verifying their impact on local banks’ performance and the quality of their loan portfolios. These research perspectives also determine the three research goals of the project. Namely, we plan to assess the role of culture and its dimensions and components in shaping (1) the financial soundness of banks, (2) banks’ lending activities, and (3) local banks’ performance. In our main hypothesis, we conjecture that culture constitutes an independent factor that influences financial phenomena both in the international and local contexts.

We believe that the results of the project will contribute to the extant literature, increase financial knowledge regarding the economic role of national and regional cultures, and provide an informational basis for policymaking. We also believe that the originality of our research project and its significance for the scientific discipline and the society stems from two factors. First, we analyze the impact of culture and its dimensions and components on financial stability, firms’ access to bank financing, and the performance of small local banks. Therefore, the research outcomes will also concern pre-requisites for economic growth, drivers of workplace creation, firms’ development, and survival of small local banks (which play a special economic role in providing financing to small firms). Second, in two out of the three research perspectives, we focus on emerging markets. Existing studies on the influence of culture regard predominantly advanced economies. While findings from those countries have some universal value, they cannot be mechanically applied to emerging economies due to discernible institutional differences. As a result, our project will significantly enrich a somewhat neglected branch of literature dealing with the economic relevance of cultural factors. 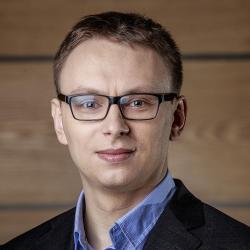