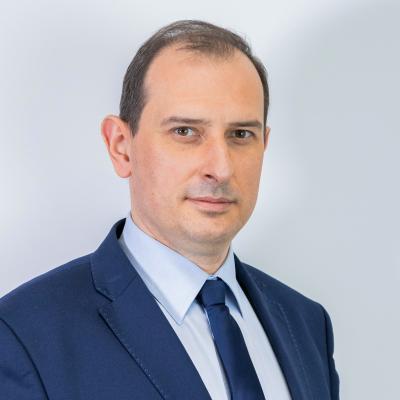 Professor Robert Zieliński holds a Ph.D. and habilitation in legal science; he teaches in the Department of Administrative and Public Economic Law, where he has been working for many years as a researcher and teacher, Tax advisor (14032). Specializing in financial and tax law, Zieliński authored publications in the field of tax law and made research visits to the European University Institute in 2015 and 2016, the International Bureau of Fiscal Documentation in 2012 and 2016, and the University of Barcelona in 2018. In 2012–2016, he was the principal investigator in the project “Potrzeba nowego modelu systemu opodatkowania dochodów w Polsce” (The Need for a New Model of the Income Tax System in Poland) of Poland’s National Science Centre. He teaches public finance law, tax law for natural persons businesses, tax law for trading, tax law for entrepreneurs, and seminars in tax law. He gave lectures to postgraduate and doctoral students and supervised many theses. He is a mentor in the TOP 15 program for students who prepare for competitions in the field of tax law, namely the academic championship of master’s theses on tax law. He trained employees of such institutions as the Chamber of Fiscal Administration in Warsaw, Association of Employers of Warsaw and Mazovia, MAKRO Cash and Carry Polska SA, PZL Mielec Sp. z.o.o., Polish Chamber of Statutory Auditors, and he also gave specialized legal advisory in the project “Przedsiębiorczość w Sektorach Kreatywnych” (Entrepreneurship in Creative Sectors). He won Złoty Laur Uczelni Koźmińskiego (Kozminski University Golden Laurel) for outstanding achievements, Kozminski University Rector’s Award (2009, 2011, 2012, 2014, and 2020) for research work, and an award for commitment to Kozminski University (2015). He is a member of the Center for Information and Research Organization in Public Finance and Tax Law of Central and Eastern European Countries at the Faculty of Law of the University of Bialystok, the European Association of Tax Law Professors, since 2014 of the editorial board of the journal Krytyka Prawa. Niezależne studia nad prawem (Law Critique: Independent Studies of Law), and since 2009, he is a regular reviewer in the journal Kwartalnik Prawa Podatkowego (Tax Law Quarterly).