Trust in technology in e-government: re-analysis of the failed implementation of electronic voting machines in the Netherlands (2006-07)

Trust in technology in e-government: re-analysis of the failed implementation of electronic voting machines in the Netherlands (2006-07)

Aim of the project The project aims to investigate the impact of technology on political life and covers various aspects of the phenomenon: from how public administrations incorporate technology into management to the ways citizens use technology for active citizenship. The subject of this research study - the electronic voting machine crisis in the Netherlands (2006-2007) - was a turning point in the perception of the security of elections conducted through technology; has attracted the attention of scientists analyzing trust in technology. The current interest in creating more efficient and convenient electoral laws and the recent deployments of technology in elections around the world have once again highlighted the issue of adequately integrating technology to achieve credible elections. In the context of recent events, a re-examination of the Dutch case, as well as interviews with those who played a significant role in it, may shed new light on the matter. The aim of these activities is to analyze the factors determining the processes of building and destroying trust in election technology and their functioning, including the relational aspects of this analysis. To this end, I propose to re-examine the unsuccessful implementation of electronic voting machines in the Netherlands in 2006-2007, where a group of computer scientists on a public television studio proved that the above machines did not provide security. This event caused a huge wave of mistrust in this system and forced the government to re-implement the voting on the cards. A visit to the Free University of Amsterdam (Vrije Universiteit Amsterdam) would enable me to interview those directly involved and discuss the conclusions and theoretical background with scientists who are experts in the field. The host of the visit, prof. Peter van den Besselaar, has extensive knowledge of the issues of trust in technology and Social Network Analysis, which are two key elements of this proposal. The proposed action includes: (1) an immersive approach to the Dutch case with an analysis of the literature on the subject (2) conducting in-depth interviews with those directly involved in the development and further analysis of the Dutch case of unsuccessful implementation of voting machines (3) conducting in-depth interviews with scientists focused on understanding the social and relational determinants of trust in technology; (4) developing a Strategic Action Fields analysis to describe the relationships and internal patterns of the network of factors involved in creating trust. The purpose of this analysis is to examine, based on the Dutch case, the process of creating trust in electoral technology while enriching it with social and relational elements. The technology trust debate often focuses on the technological and technical requirements of a system, ignoring important dimensions of human behavior, such as the interaction between people and / or organizations. Most of the requirements that election technology systems must meet are related to trust: they must be secure, protect privacy and allow for verification (Oostveen & Van den Besselaar, 2005). At the same time, confidence among voters should be built, and some stakeholders can contribute to creating a sense of security and trust. Relational aspects will be addressed in the theoretical approach to analyzing and understanding this case study by examining the logic of Strategic Action Fields (Fligstein and McAdam, 2011). The aim of the study is to draw up a diagram and describe the network of relationships between people involved in the process of creating trust and the functioning of these interactions. The results of this analysis can additionally be embedded in the context of recommendations from international organizations on creating trust (eg The Pyramid of Trust, IDEA 2011).

Expected results This project is important for the development of a broader individual research program analyzing the interactions between society, technology and public administration in the field of democracy. It will help to create a narrative about creating trust from a social perspective. The expected results will start a debate on the determinants of trust necessary to develop and strengthen the proposal to modernize the electoral system. The text created in this way will contribute to building the foundations of the future research program under Polish (eg Sonata) or international (eg MSCA grants) projects examining the factors determining trust in technology. 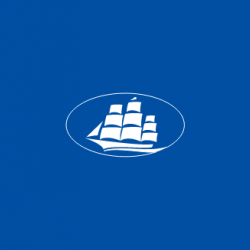