Temporal orientation can be described as an individual's unconscious attitude towards time. This attitude is crucial for the way a person communicates, plans and organizes their activities (Zimbardo, Boyd 2009). ZPTI (Zimbardo Time Perspective Inventory) distinguishes 6 time perspectives: negative past, positive past, present fatalistic, present hedonistic, future and future transcendental. The topic of temporal orientation appeared in research already in the first half of the Twentieth century, but interdisciplinary research on this issue has gained momentum only in this century. In 2007, the Time Perspectives Network was established - a group of over 250 researchers from over 40 countries, representing various scientific disciplines, who deal with the study of temporal orientation. Łukasz Kowalik joined this group at the invitation of Philip Zimbardo in 2018, with the intention of examining the aspects of temporal orientation in organization management in the context of change and innovation, in particular related to the broadly understood corporate social responsibility. By joining the group, Łukasz Kowalik gained access to current research, interdisciplinary scientific studies and the latest research tools. The research prepared as part of the project aims to reveal the relationship between the temporal orientation of SME managers and innovative activities undertaken in these organizations. The choice of people managing companies results from their decisive influence on the company's activities and organizational culture (Bass, 1985; Ahmed, 1998; Koźmiński, Jemielniak, Latusek-Jurczak, 2014). As part of the research conducted so far, a systematic analysis of the literature on innovation was carried out, in which the state of knowledge on the issue under study was diagnosed and the existence of a limited number of publications in this area was found. There is a wealth of literature on leadership styles in the context of the past and future of the organization, the role of time in management (G. Moore, 2015; V. Govindarjan, 2016), the key role of time in the practice of company strategy (K. Obłój, 2017) and limited on the role of temporal orientation of managers. The outline of the topic appears in the publication on the temporal orientation of the company's staff and the company's strategy (T.K. Das, 1987) and in the article on the temporal orientation of the project team leader and the success of the project (J. Michalak, 2017). The subject appears to a small extent in publications on the influence of temporal orientation on career planning (Nota, Soresi, 2010; Taber, 2012). This indicates the existence of a research gap in this area, which will be attempted to fill in the project. As part of the research procedure, a qualitative exploration of the research question will be carried out, how the temporal orientation of managers affects the innovation of the organization.

The expected result will be a scientific study in the form of an article submitted for review, containing observations and conclusions from exploratory and pilot studies and a verified set of hypotheses for the next stage of research. After completing the activities covered by the project, the person implementing the project plans to conduct a fundamental study of companies in the SME service sector, aimed at verifying the hypotheses formulated after the pilot study. 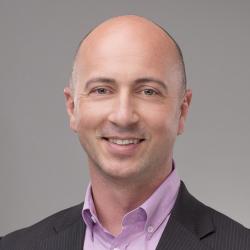