The research problem of the project concerns the presentation of various currently organized (2021- 2023) international festivals of street performers (mainly in Poland, but also in other European cities) as a form of institutionalization of street performances in urban space. The aim of the project is to explore festivals of street performers as organized cultural and entertainment events. The organization of the festivals will be presented from the perspective of the participating artists, the organizers, as well as the researcher herself. The phenomenon of organizing street artist festivals is current and new, and its popularity has been emerging significantly in recent years, with a growing number of new events of this kind, but also related.

The main methodology of the research project is organizational ethnography. The fieldwork is outlined by the process of managing various festivals of street performers, and in particular by the run of events. According to methodology of ethnographic research and the need of avoiding judgements and bias from above, the general research problem is developed by more detailed questions that appear in the field, instead of a previously formulated hypothesis. Methodological triangulation in this ethnographic research is ensured by using many qualitative methods and techniques, such as: anthropological interview, participant observation, non-participant observation, shadowing, autoethnography, audiovisual documentation and field notes.

Both the chosen fieldwork and the assumed way of presenting research results are characterized by international range. The expected cognitive value of the research is particularly high due to the new, original approach to activity of street performers. This activity, being in fact bottom-up and informal, is seen in the context of festivals as a formalized cultural activity in urban space. What is more, the envisioned results of the research will allow to disseminate knowledge about such cultural events organized in Polish cities, enabling international academic and social debate. The implications of the project may prove to be valuable not only for further development of research on related topics in the sciences of organization and management, but also for other humanities and social sciences. 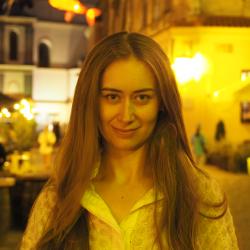 Currently she is leading a research project: ‘Organizational Ethnography of Festivals of Street Performers’ (2021-2024, Preludium, National Science Centre, Poland). Additionally, she is investigating the practices of licencing buskers in Polish cities (2022, Scholarship for the promotion of culture, Polish Ministry of Culture and National Heritage). She was a manager of research project: ‘Ethnography of Informal Organization of Street Artists in Poland’ (2014-2018, Diamond Grant, Polish Ministry of Science and Higher Education). The participant of the Street Music Research Unit. She has completed a research internship at the Institut Mines-Télécom Business School in Évry/ Université Paris-Saclay in France. Her research interests are focused on informal organization, cultural entrepreneurship, qualitative research methodology, ethnography, street performances, and urban sphere.