The aim of the research undertaken in the project is the answer to the question whether and to what scope and degree principles constituting guarantees of penal responsibility should be respected in relation to administrative responsibility of penal character. The subject of the conducted research will be the following guarantees: the principle of guilt, the principle of legality (nullum crimen sine lege), the right to defense and the right to court. The choice of these principles results from their fundamental importance for the shape of penal responsibility, and the observance that the duty of the compliance with them raises doubts and it is the subject of different positions in literature. The research will lead to formulation of standards regarding aforementioned substantial and procedural guarantees in relation to administrative-criminal responsibility. Then, from their perspective, an assessment of the applicable legal provisions regarding this kind of responsibility will be made, namely the provisions of the Code of Administrative Procedure, as well as antitrust law, capital market law and banking law. The results of the research, as well as comparative research regarding legal solutions adopted in selected European countries regarding the guarantees provided for in the administrative-criminal proceedings, will form the basis to propose eventual changes of law or a specific interpretation of applicable provisions. Completion of the goal described above, first of all, will require the analysis of the relevant provisions of the Constitution, the European Convention on Human Rights, the EU Charter of Fundamental Rights, the jurisprudence of the Constitutional Tribunal and European tribunals, as well as positions of Polish and foreign legal doctrine. It will be also necessary to interpret the previously mentioned provisions of Polish law (Code of Administrative Procedure and other stipulated acts) and the law in force in other European countries. The analysis will relate not only to law, but to opinions of legal doctrine and jurisprudence too.

The reason for undertaking this research problem is the increase, dated from the early 90s of the last century, in number of administrative offenses threatened with fines significantly exceeding the maximum fine enshrined in the Penal Code. Until the legislator made an amendment to the Code of Administrative Procedure in 2017 and introduced the Section IVa "Administrative monetary penalties", in the absence of separate provisions, the proceedings on this responsibility had been conducted according to provisions that concerned also other administrative matters.

There is the need for undertaking the analysis of the issue of the penal guarantees that should be provided for in relation to administrative-criminal responsibility existed for a long time ago, but the novelty to the Code of Administrative Procedure constituted an impulse for formulation of the described research goal. Its realization will allow to examine the compliance of the legal solutions adopted by the legislator in the Code of Administrative Procedure and other acts with the guarantees of penal liability and to formulate postulates to ensure its accordance with these guarantees. 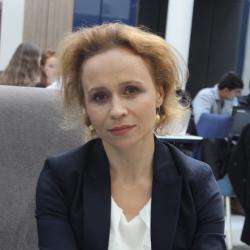