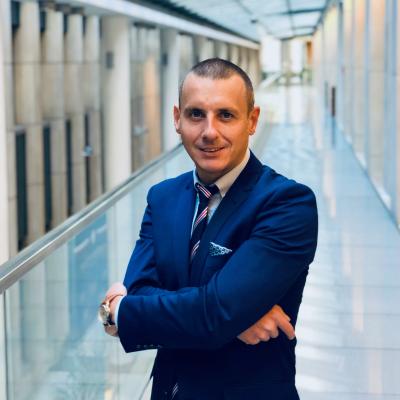 Professor Michał Kowalski teaches in the Division of Constitutional Law. In 2010, he received Ph.D. in legal sciences from the Polish Academy of Sciences and a habilitation in legal sciences from Kozminski University in 2019. He authored or co-authored many scientific publications, including four monographs, one academic handbook, three publications in English, several studies in legal journals, one commentary, and a few collections of articles. He presented nine papers at Polish and international scientific conferences. He participated in a research grant and was an auxiliary supervisor for doctoral dissertations in the Institute of Law Studies of the Polish Academy of Sciences and Kozminski University. Since 2015, Kowalski heads the Department of Comparative Law of Legal Systems in the EU at the European University of Law and Administration and mentors the Student Scientific Club for Constitutional Law at Kozminski University. He gave lecture series and open lectures for law students in London, Brussels, Birmingham, Glasgow, Hague, Rome, and Dortmund. Since 2010, he supervised several master’s theses at the European University of Law and Administration in the Law Faculty in Warsaw and London and bachelor theses at the European Administration Faculty in Brussels in the field of constitutional law, administrative procedures, judicial-administrative procedures, and human rights. He popularized the jurisprudence of administrative courts by publishing 200 texts in dailies Dziennik Gazeta Prawna (Daily Legal Newspaper) and Dziennik Rzeczpospolitej (Daily Newspaper of the Republic of Poland). Since 2018, he is the Secretary of the Chapter and one of the reviewers in the best master’s and doctoral dissertation competition established by the President of the Supreme Administrative Court to popularize knowledge on the administrative judiciary and promote talented authors. He is the co-founder and organizer of the program popularizing administrative judiciary among Polish and foreign law students (in the ERASMUS program) and high school students (Lesson in the Court program), the Long Night of Museums at the Supreme Administrative Court, and the moot court program for high school students. Every year, Kowalski engages in charity gift-raising for the Poles in the East.