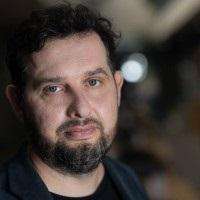 Professor Łukasz Gruszczyński teaches in the Department of International and European Union Law. His scientific work focuses on international economic law and international health law. He received his Ph.D. from the European University Institute in Florence in 2008 and a post-doctoral degree in the Institute of Law Studies of the Polish Academy of Sciences in 2016. In the past, he completed several scientific internships at such places as the University of Cambridge (as the Winiarski Fellow), the University of Michigan, Pázmány Péter Catholic University, and the National University of Public Service in Budapest. He won six competitions held by the Poland’s National Science Centre and is now implementing two OPUS grants regarding the transformation of international trade relations. Moreover, Professor Gruszczyński cooperates with the Institute for Legal Studies of the Hungarian Academy of Sciences within a big European project on populism (DEMOS). His scientific achievements include two monographs issued by Oxford University Press and numerous publications in leading international scientific journals. His last book, The Regulation of E-Cigarettes: International, European and National Challenges, was published at the end of 2019 by Edward Elgar Publishing. He is also the managing editor of the Polish Yearbook of International Law in English.

2017–2018 – teaching classes at the National University of Public Service in Budapest; subjects: Legal System of the EU, European Institutions – Law and Decision-Making (during a six-month research and teaching scholarship).

2017 – teaching classes as a Visiting Professor in the Department of Legal Studies at European University in Budapest; subject: WTO/GATT Law.

2014–2016 – teaching classes in the Faculty of Law at the University of Zurich as a Visiting Professor at the Business and Human Rights – Interdisciplinary Challenges and Opportunities Summer School; subjects: Trade Law and Labor Rights, Human Rights and Free Trade Agreements, International Economic Law and Right to Food.