The aim of the proposed project is to explore how, if at all, expatriates and diversity influence intercultural business communication (IBC) in the service sector. The research will be conducted in countries having high expatriate rates in Management Boards, and according to the World Bank high (above 75%- Hong Kong and Singapore) and middle (above 60%- Poland and Germany) impact of the service sector on the economy. The goal is to extract best practices. Over the recent years, the service sector has won its momentum and is increasing its participation in the global economy. At the same time, ‘The War for Talent’, a concept first introduced in 1997 by Steven Hankin, later published by Michaels and colleagues (2001), is more significant than ever. By connecting the two dots, we arrive at a problem, which most developed countries are facing - unequal talent distribution in relation to the right job offers.  The most expat prone, depending on a country, are: consulting, hospitality, telecommunications and banking sectors (Beaverstock, 2002), which will be investigated in the project. Teams’ diversity has been at the core of interest to social sciences for decades now. Scholars, however, have not been able to provide coherent conclusions on the influence of diversity on the processes taking place within the team, including communication. The research results are contradictory. Some researchers see them positive (McCuiston, et al. 2004; Naranjo-Gil et al. 2008; Bassett-Jones 2005; Nielsen 2010), others quite the contrary (O’Reilly et al. 1993; Kirkman et al. 2004; Jackson et al. 1991). An added value of the proposed research will be examining that issue in TMTs of the still under researched service sector (Carmeli, 2015:714). Top Management Team (TMT) mainly implements strategy, takes care of company development and building sustainable competitive advantage. At the same time it has to represent the best interest of the Board of Directors and other stakeholders. Oftentimes, TMTs in the service sector are responsible for reporting systems and new regulations’ implementation. Thus it is a very special environment - diplomatic and procedurally ruthless at the same time. In the initial research, the applicant showed that TMTs in the banking sector are ex-cultural. In the studied banks, based in Singapore and Poland, the meaning of multicultural diversity proved to be unimportant for the communication flows at the TM level. It was fully replaced by professionalism and specific ‘Banks’ Top Management Culture’, which have some universal traits within the sector. The research results became an inspiration and a guideline to move it to a wider, cross-sectorial and cross-cultural context of the proposed research.

Project impact Thanks to the sum of experiences of four countries and sectors, a better understanding of it is possible. A model and a definition of intercultural business communication for implementing it in our country are the hidden goals. The proposed research has an important cognitive, but also practical significance, as OECD, European Union and European Parliament (Committee on Employment and Social Affairs) have put on their agenda diversity management related problems. 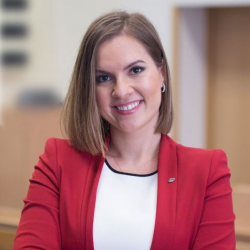