Between the liberalization of international trade and the regulatory freedom of states: Assessment of 25 years of experience with the SPS Agreement

Between the liberalization of international trade and the regulatory freedom of states: Assessment of 25 years of experience with the SPS Agreement

The Agreement on the Application of Sanitary and Phytosanitary Measures (‘SPS Agreement’) is one of the World Trade Organization (‘WTO’) treaties negotiated during the Uruguay Round, which currently forms a part of the WTO law. The agreement seeks to discipline the use of sanitary and phytosanitary (‘SPS’) measures, as they may constitute non-tariff barriers to trade, without however unduly constraining WTO Members in this highly sensitive policy area. The question of whether the balance between those two competing objectives has been properly struck is however a matter of ongoing political and academic debate. This question is also central to the project. The answer to this question will be provided through the analysis of a number of research problems which have been grouped into the following six inter-related categories: (1) using science as a normative benchmark for assessment of SPS measures – this part of the project will look at the science-based provisions of the agreement and examine the implications of assigning the science with such an authority; (2) promoting positive integration through SPS standards – this part will analyze the harmonization disciplines of the SPS Agreement; (3) disciplining risk management activities of the WTO Members – this part will assess those SPS provisions that regulate risk management phase of the domestic regulatory process; (4) enhancing transparency – the project will focus here on the effectiveness of the transparency obligations and will investigate how relevant mechanisms can be improved; (5) developing dispute settlement standards – this part will look at the organization of dispute settlement process in SPS cases, concentrating on three specific issues that are particularly relevant for the settlement of SPS disputes: (i) the applicable standard of judicial review; (ii) the scope of the appellate review; and (iii) the involvement of scientific experts in the dispute settlement process; (6) looking beyond the SPS Agreement – the last part will look at three issues which remain outside the scope of the agreement but are highly relevant in understanding its position and role: (i) SPS provisions in regional trade agreements; (ii) impact of the SPS jurisprudence on the judicial standards used under other WTO agreements; and (iii) private standards in the regime established by the agreement. The above analysis will allow to verify the following research hypothesis: The SPS Agreement, as progressively interpreted by the WTO dispute settlement bodies, establishes the legal regime that is not only capable of disciplining regulatory activities of WTO Members in the field of SPS protection but also ensures that broad regulatory discretion is retained by Members. At the same time, certain developments (e.g. overly intrusive standard of review and excessive scope of an appellate review), combined with the lack of specific substantive, procedural and institutional reforms of the system (e.g. improved rules on equivalency, changes in the dispute settlement process), has partially deprived the agreement of its effectiveness. Unless specific reforms are undertaken, there is a risk that over time the significance of the SPS

The research results are expected to have broader relevance that go beyond the narrow boundaries of the SPS legal regime. The SPS Agreement as such is a unique treaty that represents a new generation of international trade agreements. It not only aims at the elimination of discrimination but also at the reduction or coordination of regulatory heterogeneity among the states, thus indicating possible directions for future developments in the area of international trade governance. The significance of the SPS Agreement also lies in its elaborated science-based requirements. Those standards have gradually become – implicitly or explicitly – an important point of reference in all WTO disputes that involve questions of public health and environmental protection (e.g. TBT Agreement and TRIPS Agreement) or even beyond (i.e. heavily science-based international disputes such as Whaling in the Antarctic (Australia v. Japan: New Zealand intervening)). Consequently, this project will also contribute to the more general discussion on the optimal forms of international economic governance or the role of science and scientific experts in international adjudications. 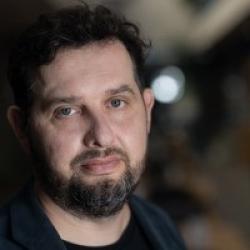 KU Professor at the Department of International Law and European Union Law. His research interests include international economic law, international public health law, and the relationship between law and technology. He received his Ph.D. from the European University Institute in Florence (2008) and his habilitation degree from the Institute of Legal Sciences of the Polish Academy of Sciences (2016). In the past, he has taken part in a number of research internship programs abroad, including at the University of Cambridge (as a Winiarski Fellow), the University of Michigan, the Pázmány Péter Catholic University, and the National University of Public Service (both institutions based in Budapest). Winner of six competitions organized by the National Science Centre.

He is currently pursuing two grants dealing with the transformation of international trade relations within the framework of the OPUS program. He also works with the Institute of Legal Sciences of the Hungarian Academy of Sciences. His academic achievements include two monographs published by Oxford University Press and many publications featured in top-ranking international scientific journals. Professor Gruszczyński is also the managing editor of the English-language Polish Yearbook of International Law.